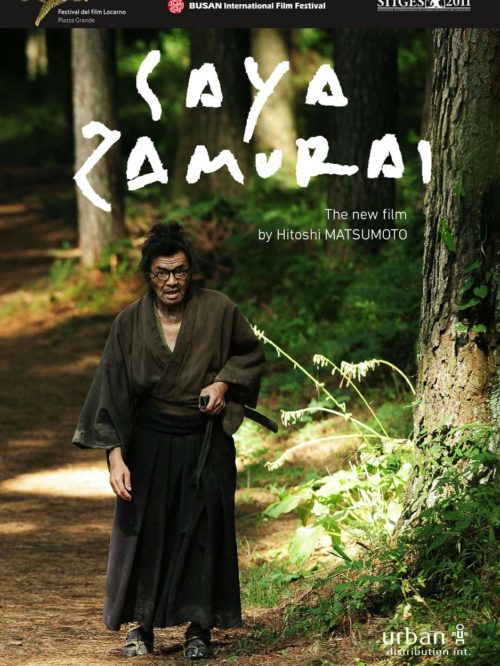 Kanjuro Nomi is an aging samurai who only has a scabbard. With a past that made him throw away his sword and refuse to fight, he now journeys to nowhere with Tae, his only daughter. Kanjuro becomes a wanted man for deserting his lord and is sentenced to ”The Thirty-Day Feat”: a formidable task to restore a smile to the sad prince who has lost his mother. He has thirty days to complete his assignment and one chance per day; if he succeeds, he walks free. If he fails, he must commit seppuku (the Japanese ritual suicide by disembowelment). The pressure is on as Kanjuro and Tae risk their lives in a battle of wits without a sword. Will the samurai be able to save himself and his beloved daughter ?

« A film of saber without saber (or almost), doubled by a comedy which turns to drama with an epilogue as unexpected as moving. » - 20 Minutes

« Saya Zamurai, behind the apparent frivolity of its words, constitutes a deeper reflection, perhaps, on the show itself. A bizarre marriage of a Zen tale with a film by Laurel and Hardy. » - Le Monde